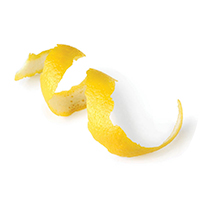 How Being Authentic Bit Me in the Behind!

When I learned about the inside out nature of life via the understanding of the Three Principles as uncovered by the late Sydney Banks, I was really keen to share this with my clients, but I didn’t know where to start.  I put it off for a long time myself and interviewed lots of seasoned teachers thereby bringing the understanding to my community and clients in the best way I knew how.

Then one day I received a call from somebody I knew who I will call Clara. Clara wanted to employ my services to help her with a drinking problem. She contracted my 3 month package and she would be coming to see me in person and would bring the full payment with her on her first appointment.

I decided that this would be my first client who would receive inside out coaching from me (the Three Principles understanding). I prepared well – I had my book by Sydney Banks called the Missing Link – I listened to lots of classes by really good teachers, made my notes and rehearsed what to say.  I was good to go.  Or so I thought.

Clara arrived and I explained to her that I was going to be doing things slightly differently from my normal coaching practice and that all she had to do was “listen for a feeling” and she would know whether it was right for her or not. I told her that this was a much more impactful way of coaching and the results were phenomenal with all types of clients all around the world and the best of it was, she didn’t need to do anything but sit back and relax and listen for that feeling.

I had heard enough teachers say that – I shared the metaphor of listening to my words as if they were music  – I did a good job of that bit. Then I went on to reading from the book and explaining plus I shared stories and metaphors I had heard other teachers share. She sat back as instructed and listened.  A couple of times during the 90 minute session she asked me a question and let me know she wasn’t feeling anything.  I assured her that it was fine, she could just relax and she would hear and feel something.

Not quite what I had hoped for

So at the end of the session, when I asked her what she felt, she hit me with it!  She said her gut feeling was that this wasn’t going to work for her. She reminded me I had said listen for a feeling and her feeling was that she didn’t feel anything for what I had shared and was looking for tools that would help her stop drinking. If I wasn’t going to do that with her then she didn’t want to work with me.

A smack in the face

Authentically, I could say nothing to her to try and persuade her any other way because I had told her to follow the feeling! I had just blown a 3 month contract by trying to share something intellectually and not from my heart. I wasn’t listening to her because I really wanted her to hear how life works from the inside out and believed if she could just grasp that, her drinking problem would dissolve easily.

I had way too much on it in terms of it having to be the way I wanted it to be. I was trying to convince her of something, trying to show her I had something she didn’t have, I was the all knowing teacher and she was the student.  I felt I had to teach her something and it was not coming from my heart, it was coming from my intellect.

So being authentic I had to let her go her own way. I knew in my heart I wanted to share the Three Principles understanding and if that didn’t feel right to her at that moment, to stay in integrity I felt it was right to say so.  So she left to seek another coach who would help her in a way that fitted for her.

On reflection, I could easily have stayed in integrity by explaining what had happened, but I didn’t really see it at the time. Now I know that teaching in the moment through my own personal feelings, mistakes and stories is what really impacts and helps people. Back then I didn’t know that. I thought I was the teacher  and it would be wrong to show her my own vulnerability.

My point, if you haven’t grasped it through the story, is that it is far more impactful and helpful to a client, or anyone for that matter, that you share what you know to be true for yourself without a shadow of a doubt versus trying to share what you have learned intellectually and might sound clever. In my experience, it is this that awakens something in another person – it is as if by magic!